The basic idea is a kind of enclosure of the building in and on itself, and the use of the sloping ground to divide the building into a two-storey main residential part on the upper part of the land and a lower building containing the garages and entrance hall further down the slope. The result is essentially a two-storey house with a flat roof, positioned atop the concrete “retaining wall” of the lower structure. The house’s plan is of “U”-shape, or equally it could be described as a rectangle with an interior atrium open on one side to the surrounding landscape. Inside the atrium is a small pool, which ensures for this space pleasant cooling, reinforced by the system of louvered blinds against the sun.

The flat roof is weighted down with tiles, forming a kind of terrace landscaping retaining surfaces of flower-boxes filled with vegetation. As a result, the structure appears – even seen from above on the access road – as an organic compact whole of pleasing appearance. In this way, the roof becomes itself a fifth facade. 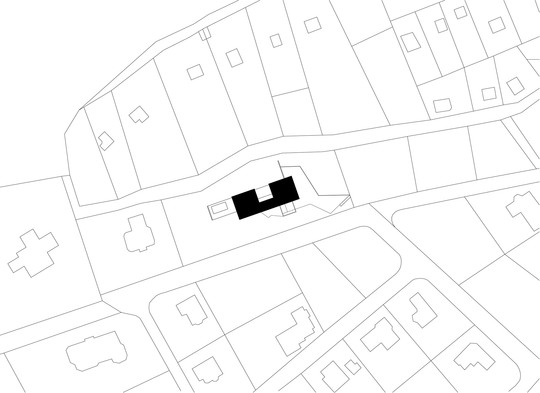 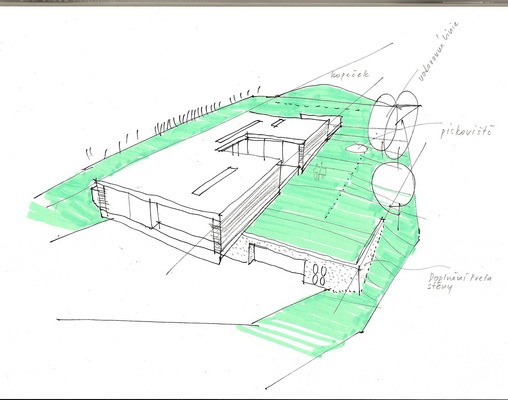 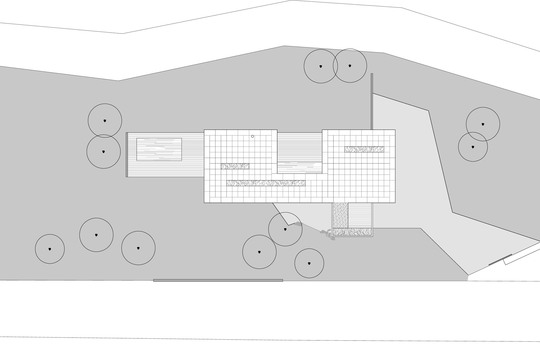 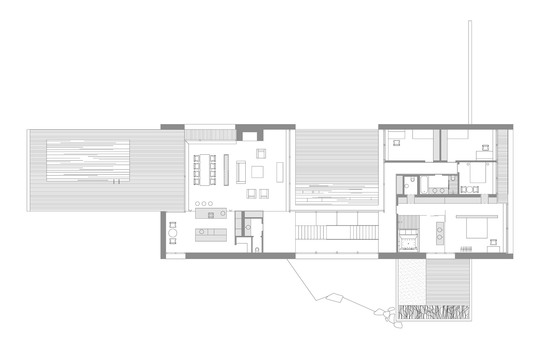 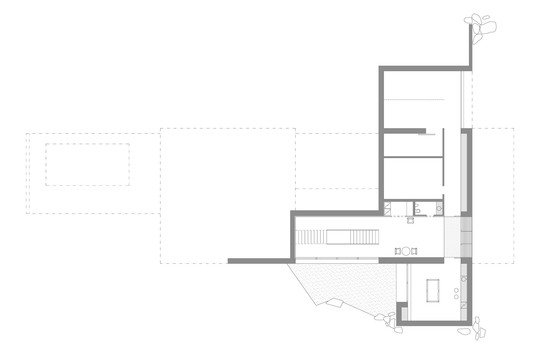 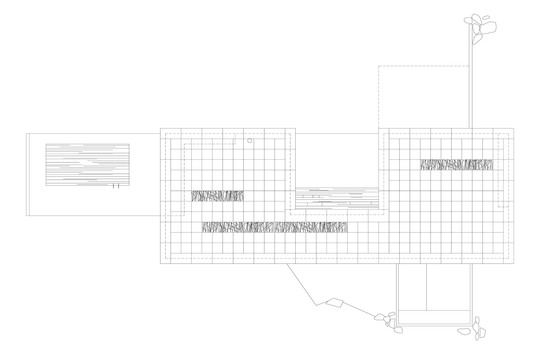 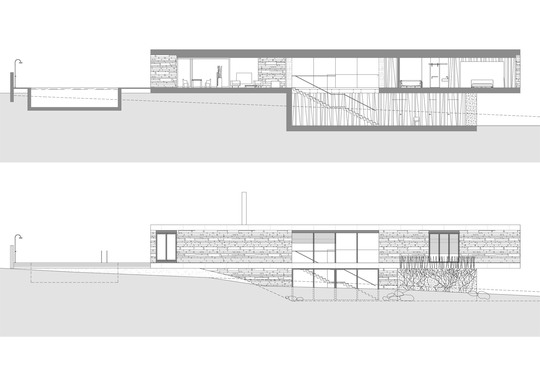