completion of the historic Villa

The plot for constructing the family house lies among similar plots, the majority of which have been built upon with customary family houses of varying character – from traditional small villas to ground floor buildings with flat roofs. The plot slopes slightly towards the south east from the communication and fruit trees grow on it, mostly of low value. The study’s task was to find the best place to site the house and its shape, corresponding to the investor’s aims and also in relation to its surroundings.

The building is located 8 m from the front border of the plot, approximately facing the neighbouring house. The house is 7 m wide and its internal spaces have been developed in the direction of the plot’s depth, thus preserving a greater continuous area of the garden, which connects to the ground floor living spaces.

Right from the start the overall concept was based on connecting the house and garage as an architectural whole using a covered pergola. This solution which is further supported by the character of the fencing also creates a natural border between the public and private part of the garden.The house has a fully-fledged upper floor with bedrooms and is finished off with a flat roof above the attic.

There is a cellar under part of the ground floor accessed by a spiral staircase from the entrance space. 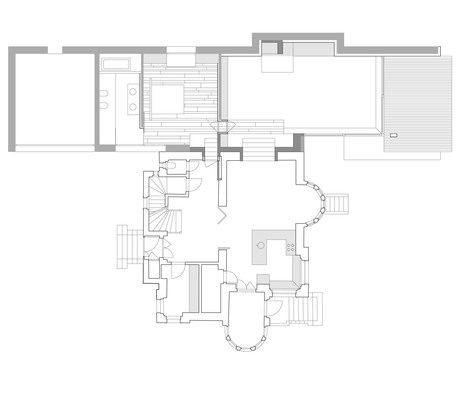 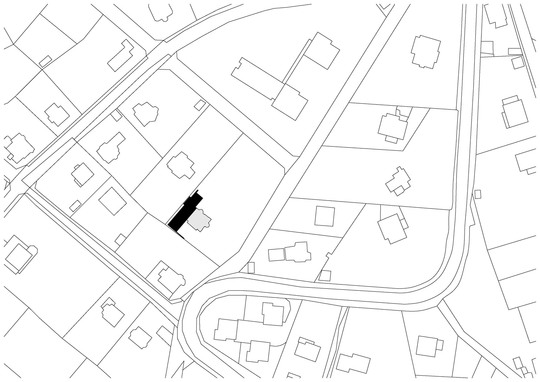