The initial task was mainly to find the right location for a home (villa) on a large area, with its orientation providing views of the countryside and city. The house is situated on the edge of a natural divide in the landscape so that each floor is consistent with the land. The stone base supports each exaggerated conglomeration of rooms, which are partly cantilevered over the terrace and divided into parts for children and parents.

The terrace is demarcated by a relaxation wing and living space; both parts are notably glassed in, allowing them to be opened up during summer and enabling smooth passage from outside. The outside area can be freely reached from the terrace. The property will also contain a “gazebo” and a background environment for garden maintenance that uses the incline of the terrain to incorporate the interior space within the slope. The property also consists of a driveway and four parking spaces, along with a second drive running from an entrance in the walled fence to a separate piece of property used as a base for garden care and maintenance. Walkways are restricted to the staircase linking the main building to the gazebo. 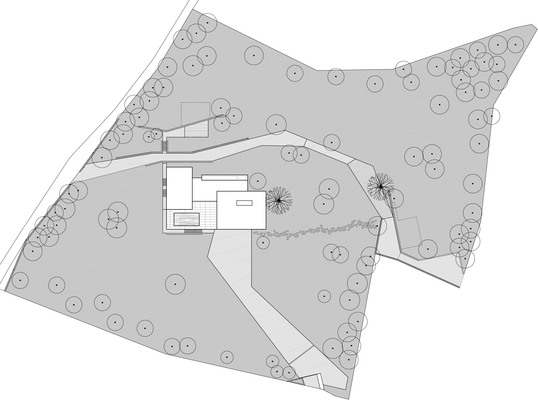 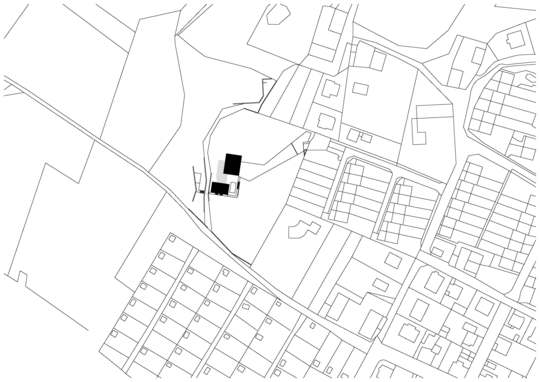 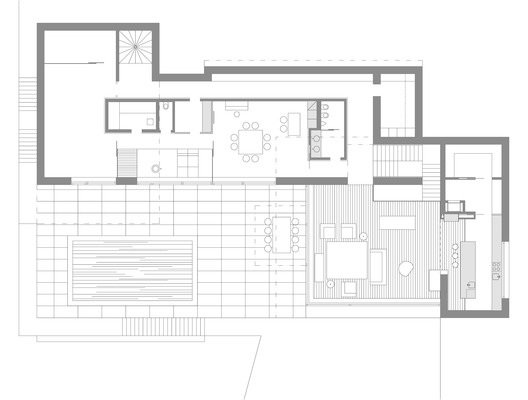 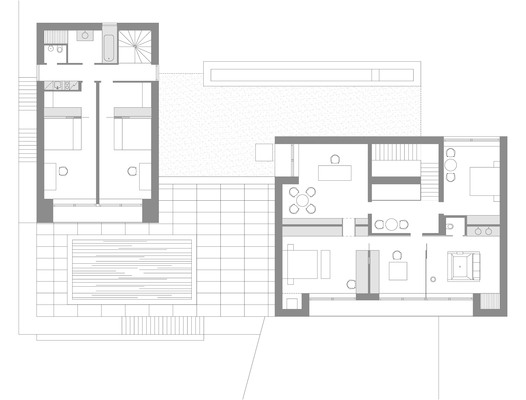 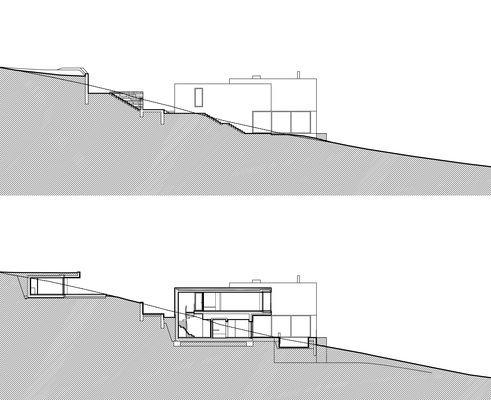 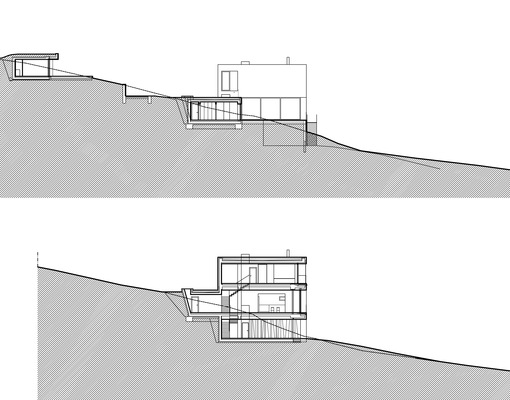 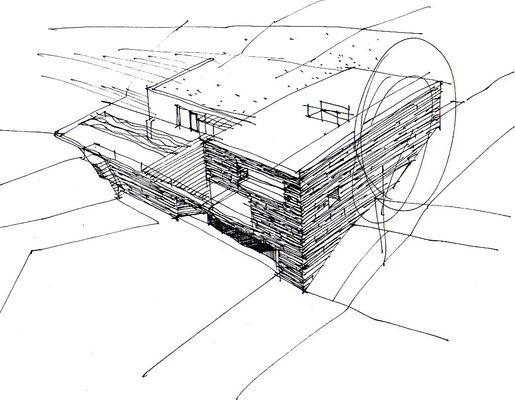 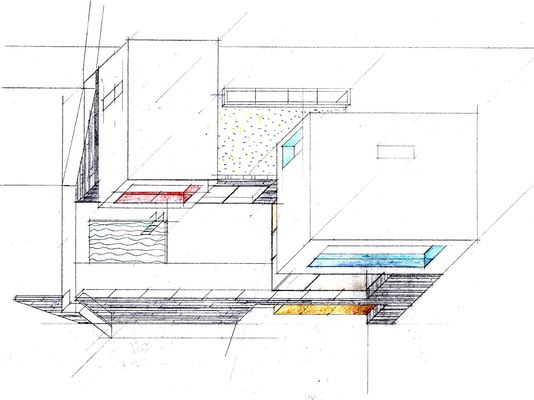