Interior of the conference room in the former stables

The individual functions of the parts of the Conference Hall are clearly defined and together form a symmetrical whole focussed on the presidential stand at the centre. The senators’ seats are organised in one block – the outer sections can be converted for wheelchairs. The governmental block and the public block create materially related wholes that finish off the perspectives in the hall’s lengthwise axis and also define and border the areas for the senators’ seating.

The concept has not altered itself to the period forms. The lay out, form and expression of individual blocks and basic elements consist of a solid order, scale and measured detail. The proportions of the fittings and fixtures, the material and surface treatment respect the shapes that have been tried and tested by tradition, but do not, however, borrow from historical forms. 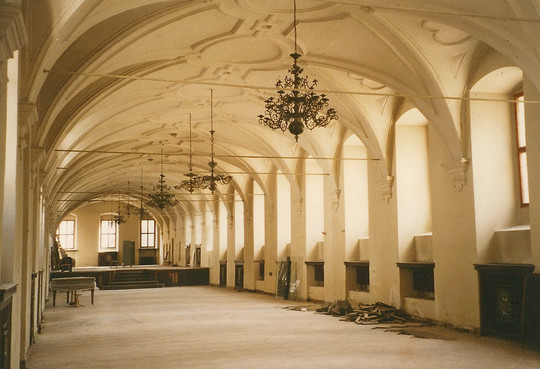 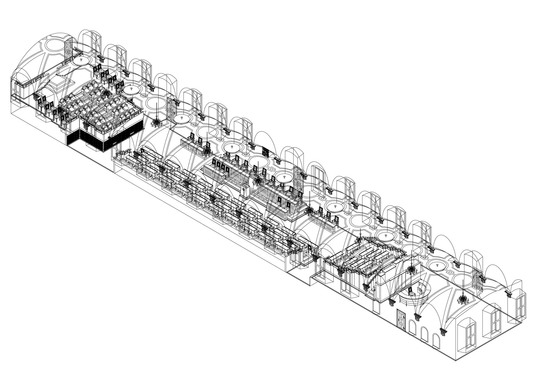 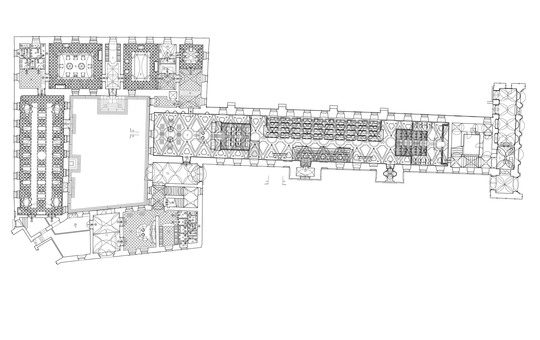 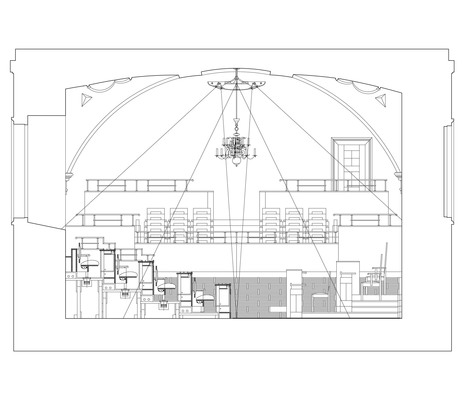