The first prerequisite of the building is to free up the parterre by shifting the new supporting wall to about 5 m deep into the ground. The resulting structure better accommodates the existing, loosely lined street, formed primarily on this particular site by an adjoining school building.

A two-story office space has been set on this new supporting wall, the volume of which is partly used for a two and a half storey underground garage. It forms a building out into the street, which together with the wall represents the space of a five-storey structure, a usual feature on Radlická Street.

This structure also provides an acoustic screen against noise which, even after Radlická Street is reconstructed, will still be a considerable burden. The function of the screen is supported by the planting of a small, duo-line of trees on the rooftop in soil with a thickness of around 1 m. The trees soften the outline of the building.

The main five-story building has been designed more in the central part of the lot, coupled by the inner courtyard to the building out into the street. The courtyard can also expect the planting of a tree with a large crown and strips of green running along the walls that line the courtyard. High, creeping foliage should grow from these strips and cover most of the wall. Consideration is being given to adding a fountain, which would make the atmosphere of the courtyard more pleasant, in particular because of the sound.

The main building follows the slope of the terrain. Walls line the link between the upper (main) and lower building and enclose the inner courtyard from the side, while both structures are integrated into a single unit, which is reflected mainly from the side view. 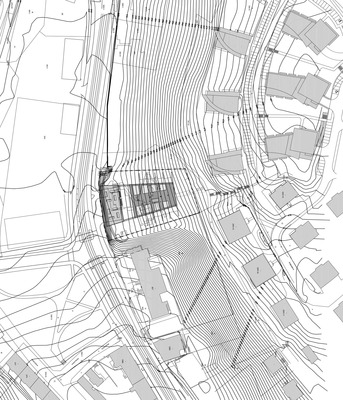 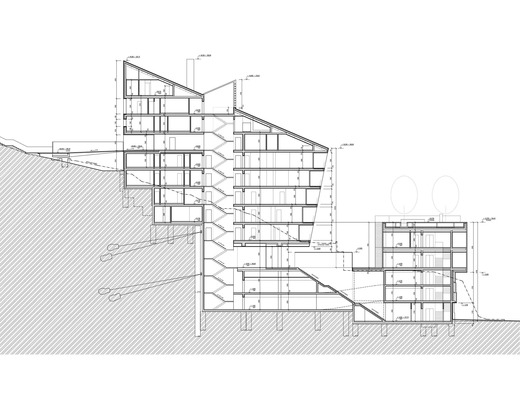 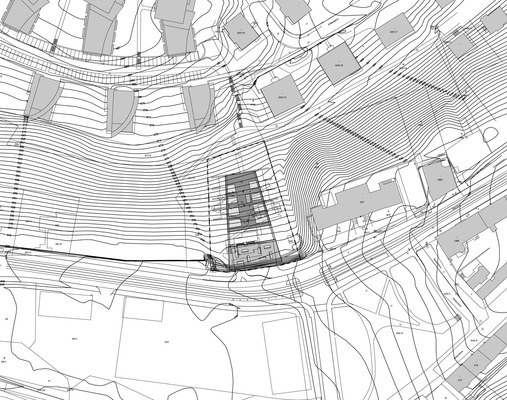 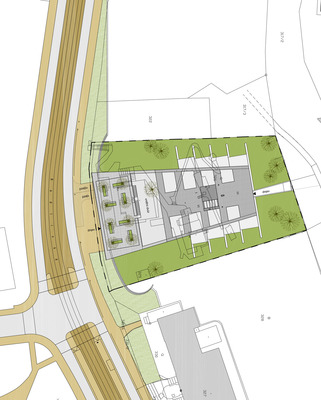