The proposed solution is primarily the result of an attempt to equally connect two basic requirements. Constructing a concert hall with top rate acoustic parameters, which will be solved without compromises and finishing off the historical block, which will be naturally replenished. Both values should be in a balanced relationship so that the resulting solution seems natural. The construction of the concert hall must be easily understood and clearly represent its importance. In contrast finishing off the historical block cannot be satisfactorily managed by directly using a large monoblock.

The proposal attempts to solve this situation by “squeezing in” the round volume of the actual hall into the block’s mass, whilst leaving the street facades at either end of the block construction a normal size. The relation of the round with the straight also creates a form of funnel the proportions of which correspond to the neighbouring streets i.e. Skrytá and Středová Streets. Thus between the masses of the hall and the block’s annex the relationship house – street – house arises, when inklings of the starts of streets change into entrances and the vestibule stairs’ space in the concert hall.

The full roundedness and the regular horizontal rhythm of the building can be a good extrinsic partner to the music, sound and musical instruments. 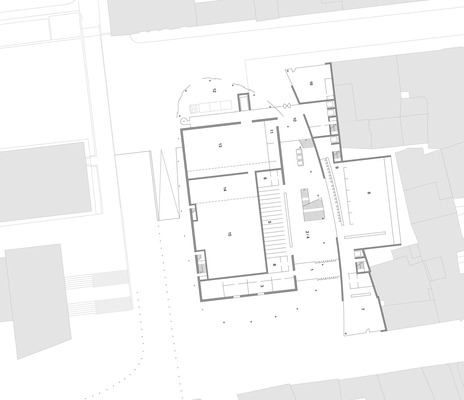 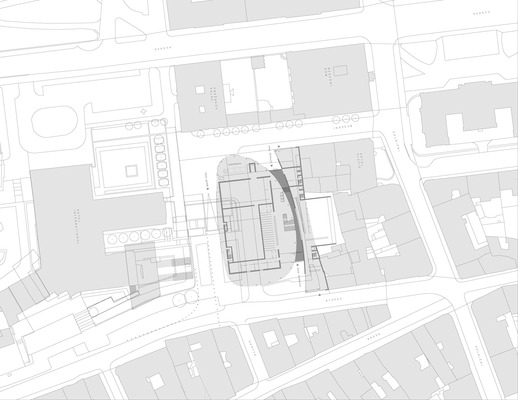 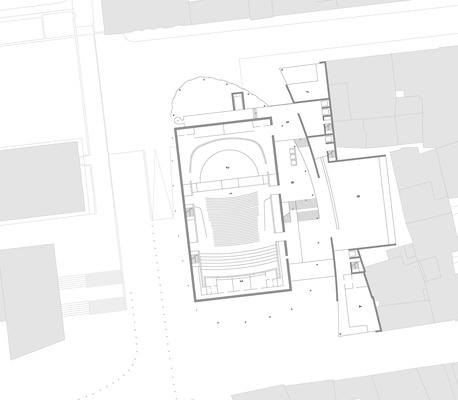