The building proposal eliminates former pent disposition of the street level caused by the slope. The new support wall is shifted 5 meters deeper into the site. The street line is mainly created by the neighbouring school building and it is quiet relaxed. The resulting mass adapts well to the such complicated surroundings and the renovated shaping of the Radlická street.

The plinth of the building is created by the two main parts.The volume of the new support wall is used for the three underground parking floors. Related two storage mass of the administrative spaces is put on it and it creates together the five storage „house in the street“ which is common in the surrounding area. Despite the renovation the increased traffic noise is expected anyway. Therefore this mass works as the acoustic barrier either. Main five storage object is located in the central part of the site. The disposition and the shaping follows on it's groundplan boundary and it copies the angle of the slope at the same time. The disposition of the apartments are oriented to the three attractive world sides. Dominant is the south facade aimed towards the main road. It uses two major principles of the terraces. The floors in the lower part are drag in the opposite direction and works as the sunbreakers and the classic big ones are proposed in the upper floors. At the contrary the side facades provides east and west sunlight and the views from the french windows are related to the green slope. The apartments in the first floor part are accessible from the terraces at the terrain level. Main residential house and the „house in street“ are conected by the atrium (courtyard) formed between two side walls. They redintegrates both objects to the compact mass.

The main access to the building is suggested from the Radlická street using the current spacious disposition. The pedestrian access is considered from the upper part and it`s related to the newly built path leading to the area of ČSOB headquaters. Such an entry enables appropriate interconnection between the building and the peaceful garden suburbs located above the site 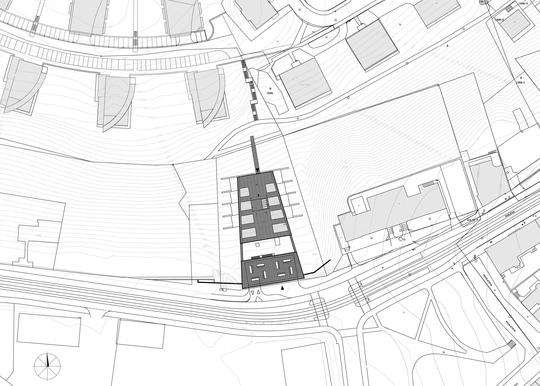 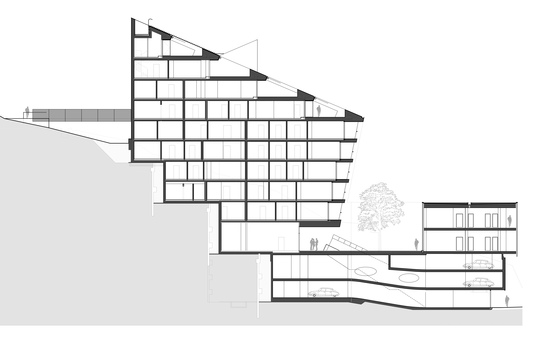 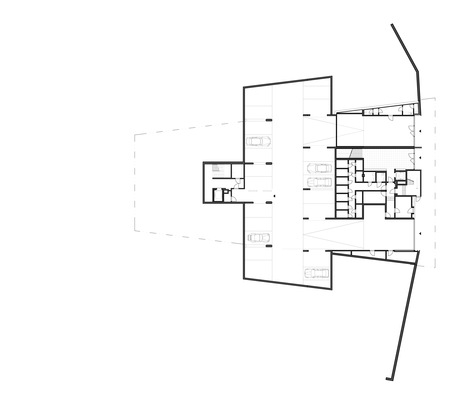 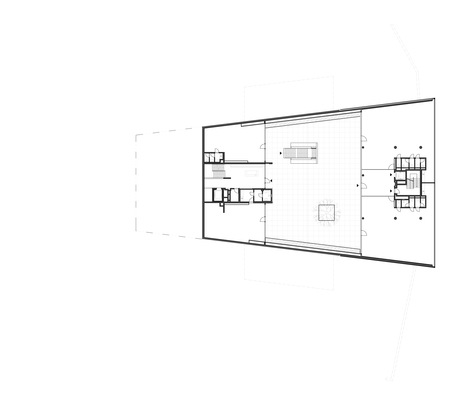 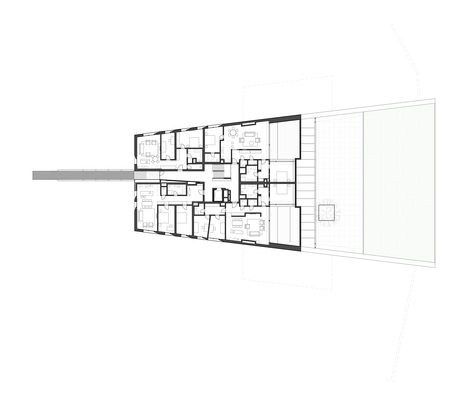